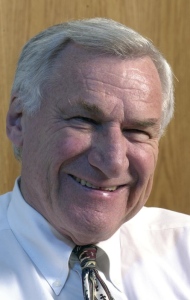 Dean Smith’s teams at the University of North Carolina participated in a record 23 straight NCAA tournaments, and his caring more about his players grades than their court performance became known as the “Carolina Way.” About 97 percent of his players graduated.

Former NBA superstar Michael Jordan referred to Coach Smith as the “most influential person in his life other than his parents. In teaching me the game of basketball, he taught me about life.”

Current North Carolina head basketball coach Roy Williams said of Coach Smith, “He was the greatest there ever was on the court but far, far better off the court with people. His concern for people will be the legacy I will remember most.”

Former player Jimmy Black said, “Coach Smith taught me lessons that have stayed with me for life: treat everyone with respect, be punctual, and work hard.”