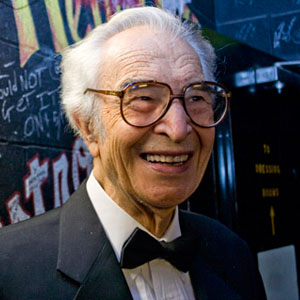 A Kennedy Center Honoree, legendary jazz musician Dave Brubeck died one day short of his 92nd birthday. He originally went to college to study veterinary medicine, but switched to major in music even though while he played jazz as good as the best, he couldn’t read a single note.

Like many other jazz musicians of his era he served in the military during WWII under the command of General George Patton. The Red Cross asked the General if he could provide volunteer musicians for their shows, and he asked Private Brubeck to volunteer, enabling him to miss the Battle of the Bulge.

From the 1950s on, Dave Brubeck toured on behalf of the US State Department acting as a jazz mentor in unlikely places such as Turkey, Iraq, and Pakistan. He became an exceptional mentor for Western life resulting in the New Yorker magazine stating that, “Whenever (Secretary of State) John Foster Dulles visits a country, the State Department sends the Brubeck Quartet in a few weeks later to repair the damage.”

His own mentor, Duke Ellington, often stated how he never stopped learning from his mentee.

I was fortunate to listen to Dave Brubeck at one of his many gigs at the Blackhawk in San Francisco. He typically played there with his trio of bandmates: Joe Morello on drums, Paul Desmond on sax, and Eugene Wright on bass. While this club was home to other jazz greats, including Cal Tjader, another jazz mentor, and comics like Mort Sahl, the club itself was in a seedy part of the city known as the Tenderloin. This was the place where prostitution, drugs, and porn were prevalent in the city. It was always a scary routine to get there, and waiting for the Muni bus to go home after one of Dave’s shows was even more scary.

Despite the atmosphere outside the club (which I have heard is no longer there), Dave’s personal, easy-going manner and his friendly banter with the audience, transported everyone in the club to a much higher plane. If the club existed today, I’m sure they’d have small dispensers of hand sanitizer on every table along with the great martinis they served.