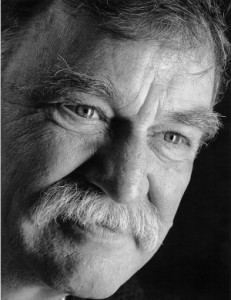 Don Obe was an award-winning contributor to the Canadian magazine industry as an editor, writer, teacher and mentor. As a faculty member at Ryerson University he taught and mentored many of Canada’s brightest journalists. One of those he mentored, also an award winning journalist, said, “Don was one of the great characters of modern Canadian journalism. He could be funny, biting, sweet, profane, hard-assed and kind, sometimes simultaneously.

He was, for decades, the kind of journalist about which movies are made: hard-drinking and irascible with a soft heart. He was an important mentor of mine, as a writer, editor and, especially, as a teacher. But do you know what really matters? I owe everything I know about the soul of journalism to him.”

Another award-winning journalist said of his mentor: “I still hear him in my head: ‘Magazine writing is an intellectual exercise: it involves a lot more thinking than anything else; if you can’t write better than other people talk, you’re in the wrong business. Style at the expense of clarity is a waste of words.’ But quoting his advice does nothing to capture his passion for journalism and writing, especially narrative non-fiction, or his love of sharing that passion.”

“Lots of people, including me, learned so much about teaching journalism from Don,” said Ryerson professor Tim Falconer. “He really was a mentor to so many journalists in this country and that’s quite a thing to say about someone.”